The worst recession in recorded history hit the world in 2008. However, the global market quickly recovered and scaled at a rate of 16.6 percent, with revenue of $2.23 billion by the end of 2010. One of the driving forces behind this comeback was growth in vital areas like better usability, user experience, cost-effectiveness, and infrastructure expenditure. A new term – Telepresence Solution, also became very popular among techno-savvy sectors as it witnessed a resurgence in demand.

How It All Started | Advent of Telepresence Solution in Prison

In 1995, when the internet was in its infancy, with only 16 million users worldwide, the global government noticed the benefits of using this breakthrough technology for delivering public services. Since then, the trust of the government and the private sector has been growing in technology and innovation. What started as the goal of providing essential services using the internet to public and private institutions turned into reliable means for multiple communication channels, devices, and platforms via a Telepresence Solution. Later on, realizing the effectiveness and efficacy of Telepresence Solutions, the government started using them to function prisons effectively.

Features of Telepresence Solution For Prisons

Simplify your business communication with a Telepresence Solution

What are the Challenges Faced in Prisons?

To understand the vital role of Telepresence Solutions and the impact of this technology on prison facilities, let us first understand their challenges.

According to a report, in at least 114 countries, the number of prisoners exceeds capacity. In around 20 nations, the prison system holds double its capacity. Talking precisely about India, high occupancy in jails is increasing post-pandemic.

A data report published in The Hindu dated 12 October 2022 shows that over 5.54 lakh people were imprisoned in 2021, while the total capacity of Indian jails was about 4.25 lakh. This means that the occupancy rate of Indian prisons was 130%, a peak at least in the last decade.

What are the adverse outcomes of an overcrowded prison system?

Prisons and the maintenance of prisoners is very costly. Food, guarding, first aid, and healthcare services make up a considerable cost of imprisonment.

In the prison system and courts, recidivism is a serious issue. Recidivism refers to the percentage of former prisoners rearrested for a similar offense. The statistics on recidivism point out a significant flaw: jails are not doing enough to help inmates be successful when they are released. It is again a challenge for the Government to implement the correct code of conduct in the inmates so that they come out of jail as better citizens. 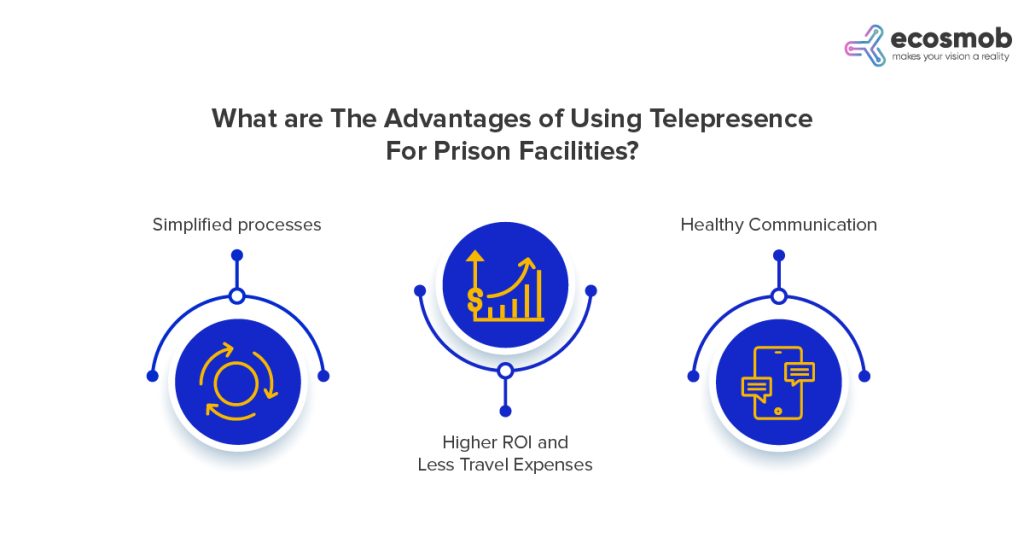 Telepresence Solution simplifies prison operations by digitizing processes in place of paper and manual interventions. Since there is no need for manual inputs, cases and files from the court’s case management system are automatically entered into the prison’s system, improving data accuracy. Additionally, digitization reduces the possibility of corruption, cuts costs, and enhances sentence management in jails.

Speaking is just one kind of human interaction. Nonverbal communication, such as body language and facial expressions, is also essential to effective communication. When you join a conference by phone, participation is limited. Telepresence in prisons allows more visible collaboration facilities so inmates can interact more efficiently.

Improve ROI and cut extra expenses with the Telepresence Solution