Why Should Focus On Android App Development than iOS? 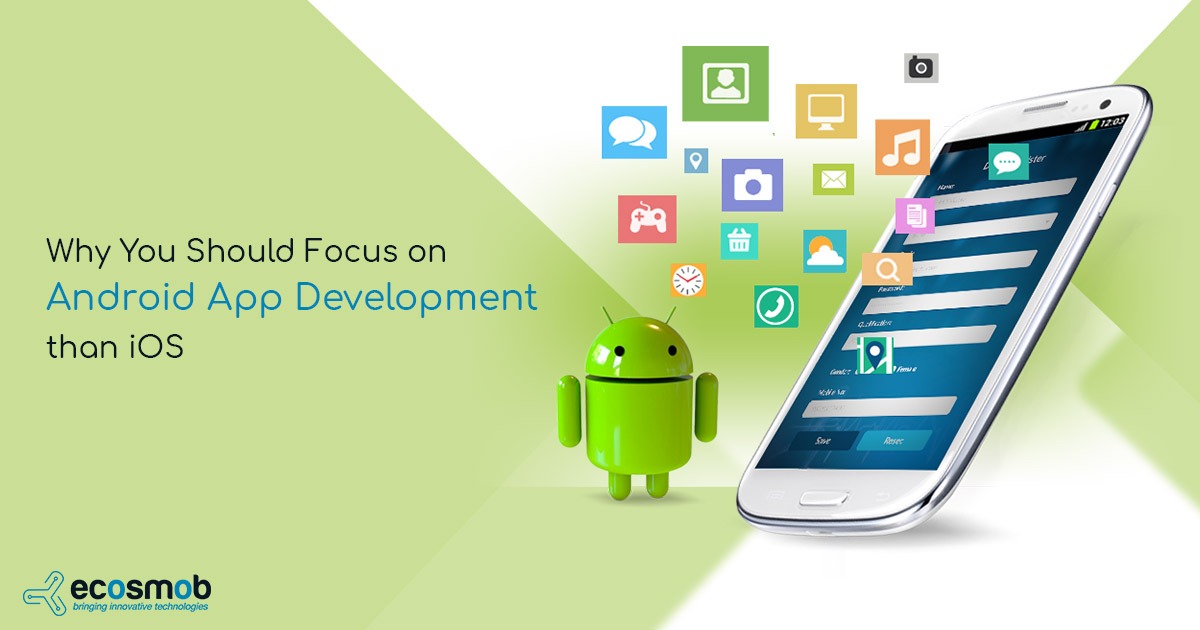 Have you decided to create and launch a mobile application for your business? If not, then it’s high time to do so. It is recommended to focus more on Android App Development first than iOS.

As per a report by eMarketer, about 90% of mobile internet time is spent on apps. The report says that adult smartphone users spend around 4 hours per day using their mobile internet. And, 88% of that time is spent in mobile apps instead of a browser. This emphasizes the importance of creating mobile applications for today’s businesses.

One important thing to keep in mind is that the focus should be on optimizing the websites for mobile and developing responsive and customized applications.

Besides, there is so much to take into consideration when planning to build a mobile application. One such important consideration is choosing the right operating system. The decision to launch an app on a particular platform can greatly impact the success of a company.

Currently, there are two primary platform choices for businesses to launch their app: Android and iOS. Google and Apple engineers iOS power android. Both Apple and Android have a huge number of users worldwide. Both these operating systems have completely different ways of running the platforms. These platforms are different from each other in terms of development costs, restrictions, and functionality.

However, Android holds a larger market share (above 51%) than Apple (around 47%). Many businesses these days prefer to hire android developers to develop apps to target many customers globally.

Here is the list of some top categories of apps for iOS and Android app categories in 2020, have a look:

Here are some of the key stats about worldwide app download:

From the above-mentioned stats, it is clear that the Google Play store is the leading platform for downloading mobile applications worldwide.

Some of the key reasons why developers and businesses should focus more on Android app development than iOS include:

Though the Android operating system holds a larger market share globally, it’s interesting to know that competition is much                   lighter here than in the Apple App Store.

To conclude, Android is the best and profitable platform to develop an app for your business. If you choose to launch your app on Android, make sure to hire an Android programmer with good experience in building highly stable and secure apps for this platform.

If you like to discuss more Android or contribute your thoughts about this platform, please pour your suggestions and queries in the comment section.