Where Python is Headed in 2021 Know the Python Development Trends 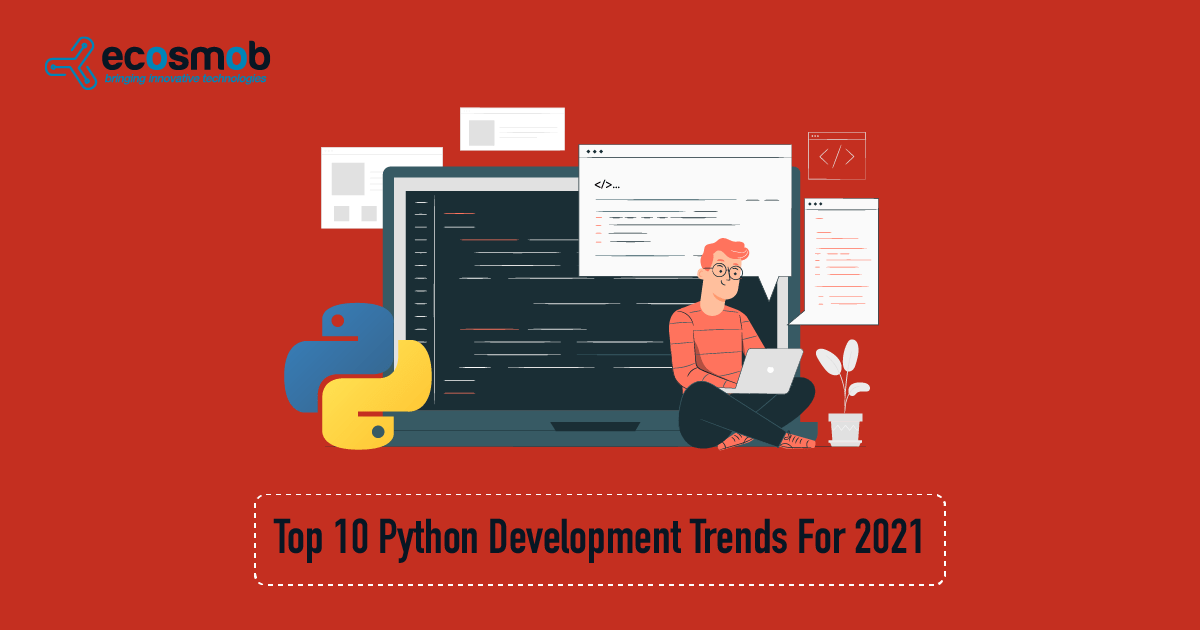 There are quite a few older programming languages that have now simply dropped off the radar or are relegated to the back ranks, like Fortran and Cobol. However, Python, developed by Guido van Rossum in the late 1980s is making a resurgence and it is a strong one for 2021 as those in artificial intelligence and data science find its features a perfect fit for their needs. So, where is Python headed in 2021, and what are Python development services engaged in?

Where does Python stand today?

C#, the mainstay of programmers, holds a 59.7% market share. Javascript sits at 58.3%. The higher echelons are occupied by Rust at 86.1%, TypeScript at 67.1%, Python at 66.7%, and Kotlin at 62.9%. What does this show? This is the era of data science, AI, and ML. Python lends itself admirably to working in these areas. In fact, many computer science graduates learn Python as the first step to a career in data science. Talking specifically about Python, its growth and use trajectory were almost flat till the middle of 2015. Then it took off and its use, as well as popularity, is peaking. One factor responsible for this is the availability of libraries for machine learning such as Pandas, TensorFlow, PyTorch, and Numpy, and the use of Cython and Numba to overcome scalability issues. With roadblocks removed a Python Development Company finds it easy to use it for advanced work in data science.

Even those with a background in electronics are now switching lanes to pursue higher education in data science and for that, they learn Python. Python is easy to learn and it is a fit tool for data science with its extensive libraries and tools. One of Python’s advantages is that it is compute-intensive and carries out huge calculations with ease.

Data scientists may consider they are an exotic lot because they use Python and advanced ML tools. However, Python is useful even for what is considered mundane such as web development. It works well with Django and Pyramid and enables speedy development of web apps on the server-side. You might find Python Development Company willing to come up with a Python-based website and then infuse artificial intelligence into it. One can thank the Django framework for powering web development using Python. Django has an object-relational mapper and migration engine allowing for automated schema changes. One can also use the Pandas framework for web apps. Pandas’ outstanding feature is that it can process huge amounts of data quickly and check results besides being useful for the integration of AI and ML into web apps. Flask is another framework that makes Python development for web apps easier.

Python is now being used more and more to develop scalable and extensible business apps and why not. Talk about Python and you have data science, AI, and ML that go with it so it is natural that Python should find its way into business apps. In fact, business owners would benefit by engaging Python Development Company to rework apps using Python so that they can integrate ML and AI with ease.

Now that Python development services have access to tools such as Microsoft Cognitive Toolkit for deep learning, Keras, Open CV, and Natural Language Toolkit, Python has received a boost for artificial intelligence development. It can be woven into websites such as eCommerce sites for smoother and smarter interaction as well as automation, voice operation, and lots more. Python is preferred since it has a simple syntax and it can handle crucial processes with ease.

Time is money, they say, and automation holds the key to speedy outcomes. Python Development Company finds the going easy with the availability of Robot Framework, PyTest, Selenium Python, and PyUnit that make it easier to come up with automation solutions quickly, easily, and at a lower cost. Where you have automation you also have machine learning.

AI goes hand in hand with Machine Learning, an area where Python has proved its worth. It is flexible and adapts easily to the various types of algorithms. The number of libraries now available makes it easier for Python development services to come up with sophisticated ML. Whether it is business intelligence or healthcare or weather predictions, Python ML development is easier and yet helps to derive better outcomes. For 2021 and beyond ML will play a crucial role in these areas and you can gain business or other benefits by engaging Python Development Company to incorporate ML into your processes.

Raspberry Pi, was at one time, a novelty and a blip on the horizon. Today, with Python embedded apps, the Pi allows for sophisticated and smart machine control as well as automation in manufacturing. Link it with IoT and you see a future with boundless possibilities.

Python is what the IT world is focusing on, given the fact that IoT, ML, and AI are going to be in everyone’s sights.