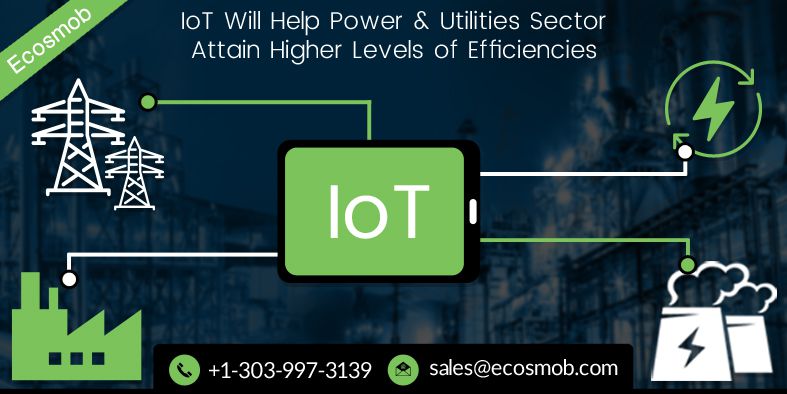 Power is in perpetual shortage. Even as utilities ramp up generation capability, the demand far outstrips supply. For utilities and power generation sector, smart management is the key to efficient distribution and load balancing. This is where Internet of Things (IoT) can help utilities achieve better performance.

Power generation and transmission is evolving from a one way grid to a multi channel operation in which it is possible for utilities to detect power consumption at various points during different times of the day and year; monitor production at various plants and control power flow seamlessly to help meet demands. Load shedding, brownouts and blackouts are frequent during peak demand seasons such as summer. Utilities that employ IOT solution can help avoid these situations from arising as data from sensors help them anticipate loads and take action in time. Going in for IOT development services helps utility planners increase flexibility, implement smart capital investments and improve performance of existing units besides improving reliability. IoT solution development is at the core of intelligent grid.

IoT solution also includes smart meters. These meters not only help house owners but also grids and utilities. For instance, a smart meter with edge analytics could automatically derive data about loads from various devices such as air conditioning and heating systems and make smart decisions about use of these devices to reduce energy bills for house owners.

IoT development services will be of even more help to off the grid power generating units based on local hydroelectric supply, on solar power and on wind power. Each of these renewable energy sources has its peculiarities, advantages and also limitations. For instance, solar power generation is perfect in theory but implementation has a few bottlenecks. Making a solar power generating unit smart will achieve a number of benefits. Sensors could sense angle of the sun and orient panels to trap maximum solar radiation. Sensors could sense the dirt on the solar photovoltaic modules that reduce output and could automatically turn on some cleaning systems so that the modules remain at peak performance levels. In the cities too the popularity of grid tied rooftop solar power units is increasing. Introducing IoT solution development into these systems will help not only the utility company but also help achieve higher levels of output from these systems. Another scenario is one in which sensors on power generating systems connected to smart phones or smart devices can constantly feed data about a wind power generating unit’s output, wind direction and force and also detect any malfunctions. Since all such non-conventional power generating units are usually located in remote locations and may or may not be tied to power grids, IoT is what will help deliver information and statistics about their performance and condition. IoT development services from ecosmob.com offer a way of maximizing the potential of renewable energy sources.

India is just one of the many countries to have made power generation a thrust area. Improving efficiency and performance of this sector is just as vital as increasing capacity, whether through regular power plants or through the use of renewal sources. Tying it all together by using iot solutions will help derive maximum benefits.

One can imagine a scenario where a country’s entire power grid is smart through the use of internet of things. In such cases there will be minimum cases of heavy overloads and blackouts because IoT will seamlessly manage distribution of power. Ecosmob envisions a future in which it will play a key role in IoT technologies for power and utilities and help the country in its quest for optimized power generation.

End users are always bemoaning the fact that electricity rates are always increasing and their bills are mounting higher and higher. Should power and utilities sector opt for IoT solution development, their effort can net them better revenues, optimize power distribution and also help end users lower their electricity consumption and bills.

Ecosmob has specialization in developing, implementation & manage innovative IoT solutions. If you have a project, you like to discuss, Get a quote from our experts.