A Few Interesting Facts You Must Know About Android TV 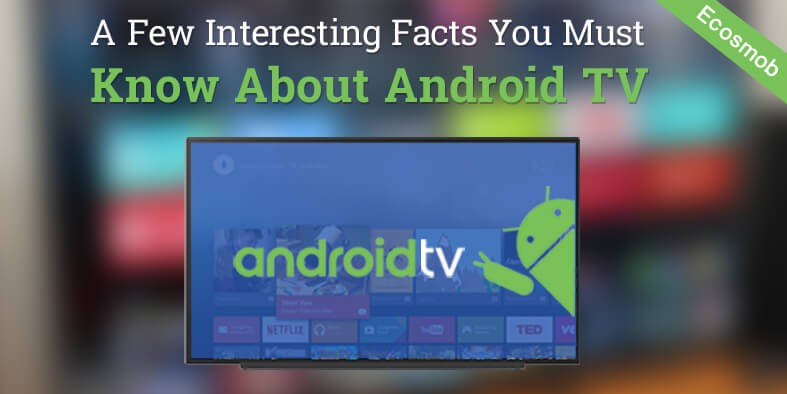 Android Smart TV is not a new term for any one of us. However, there are a few facts, which might be unknown to many of us. Those facts, we are going to share today in this blog. Android TV was unveiled almost three years ago. It is the product of Google. Before launching, Android TV, Google tried its hands on Google TV which was launched earlier. Sony had a hardware device, which ran the Google TV. It might be an amazing product, but failed to make enough sells. After this failure, Google also tried to sell a similar product with Google Nexus Q, but again not much of success gained. Finally, Google could achieve much desired success with the Android Smart Television.

The Android Smart TV is a huge success because of the amazing features it brought into the life of its consumers. Android Smart TV is not just a Television, but beyond that. You can do anything related to entertainment. The whole entertainment world is at your fingertip or on the tip of your tongue. Yes, the Android Smart Television allows voice search, too. It means, you can command your TV to change the channel or bring in a video on demand. Isn’t it cool? You even don’t need a remote or a mobile to operate your TV with the mobile app. You simply utter what video you want to see or what channel you want to hit. That’s it!

With Android Smart Television, you can watch all your favourite television shows as well as you can also enjoy video on demand streaming. Not only this, you can actually play games on your TV. It means it’s a complete entertainment package.

Do you have any requirement to discuss? Contact us at sales@ecosmob.com