Don’t Miss Out the Latest Blockchain Development Trends of 2019 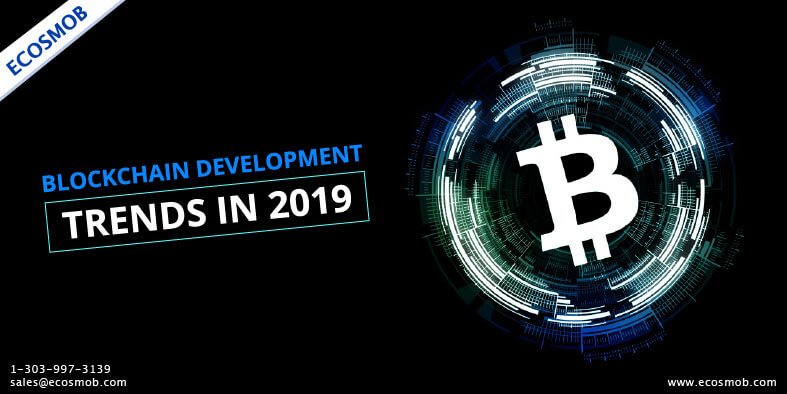 Bitcoin and similar blockchain based cryptocurrencies operated beyond the purview of any government, enabling safer, secure, peer to peer transactions immune to exchange rate fluctuations and political impacts. Countries are now seriously considering an implementation of a national blockchain based cryptocurrency. Russia is the first to announce its intention. This will give rise to more demand for capable Blockchain development company to take on the challenges.

The spurt in demand across various segments, mainly financial and institutional, for blockchain technologies will see a rise in the growth of blockchain development company startups. Gartner is of the opinion that the majority of these will likely shut down. Narrow focus could be a likely cause. Blockchain development trends indicate that there is a need for more widespread inclusion of other key technologies such as AI and machine learning along with sophisticated programming code for distributed ledgers to be functional and highly secure. Expert and experienced multi-dimensional Blockchain development services are likely to thrive.

Greater adaptation in economy and finance

Banks are seriously pursuing blockchain technologies for enhanced security and speed of transactions. Transactions can include everything from currency transfers to smart contracts in an aura of protected confidentiality. Banks may also consider launching blockchain cryptocurrency to reduce important competitive edge of bitcoin like cryptocurrencies. Banks and financial institutions will switchover to apps based on blockchain for tighter security to counter risks of financial frauds and cybersecurity issues that are so prevalent in existing technologies. Blockchain development services are going to be in demand!

Government to transition to blockchain

Another blockchain development trend that will drive an increase of blockchain development services is in government. Governments must maintain databases of citizens and include all details that should be available to all its departments in a secure way. Current technologies are susceptible to hacking and misuse as has been shown in the allegations of Aadhar UID leaks. Blockchain ledgers store all data in a blockchain highly secure central repository, a vital area in which a blockchain development company can help. The US trade sanctions may make trade between some nations difficult but blockchain could provide a workaround as in the India-Iran sanction.

Blockchain has already shown just how useful it is in smart contracts. Businesses have already started implementing AI to handle data and customer interactions. The two technologies, AI and blockchain are likely to synergize since AI needs voluminous data for machine learning and blockchain permits reliable data authentication as well as access. Companies that are already expert in AI and blockchain will come to the forefront to deliver business intelligence solutions. Taking it a step further, blockchain in IoT improves security and brings about uniformity. It is estimated that blockchain in Iot will speed up transactions, build trust and reduce risk. Developers with expertise in AI, IoT, ML and blockchain will be perfectly positioned to provide the right integration. Expertise in diverse areas will help them advise industries precisely where blockchain is the best fit.
AI, IoT and Blockchain may seem to be parallel technologies on the rise in the years to come but they are also capable of intermeshing and achieving better performance. Companies that excel in all three technologies will lead the implementation push.