WebRTC means “Web Real-Time Communication” and allows voice, video chat, and P2P sharing within the browser (real-time communication) without adding extra browser extensions. While the WebRTC issue discusses VPN services, this is, in reality, a vulnerability with web browsers. WebRTC leaks make a difference in these browsers: Chrome, Firefox, Safari, and Opera browsers. The most common use of WebRTC, which enables browser connectivity without needing plugins, is for video chat programs. However, WebRTC can send high-speed data, not just audio and video. This blog post will discuss some of the common WebRTC issues and how to debug them.

WebRTC is inherently asynchronous. It must be because data is being sent to and received from a remote machine. AJAX calls do not exhibit the same type of asynchronism; they are unquestionably straightforward. The examples include corrupt data, but the WebRTC issue is almost always challenging to identify and resolve.

WebRTC is a client-centric technology. Asking the TURN service provider whether any logs explain why a client app didn’t function is typically the first course of action when that happens. The vast majority of WebRTC failures, it should be highlighted, occur while the server was never even touched. No interaction indicates that there is nothing to log, at least in the eyes of the server. To uncover the WebRTC solution, delve deep within your code and know where to start. 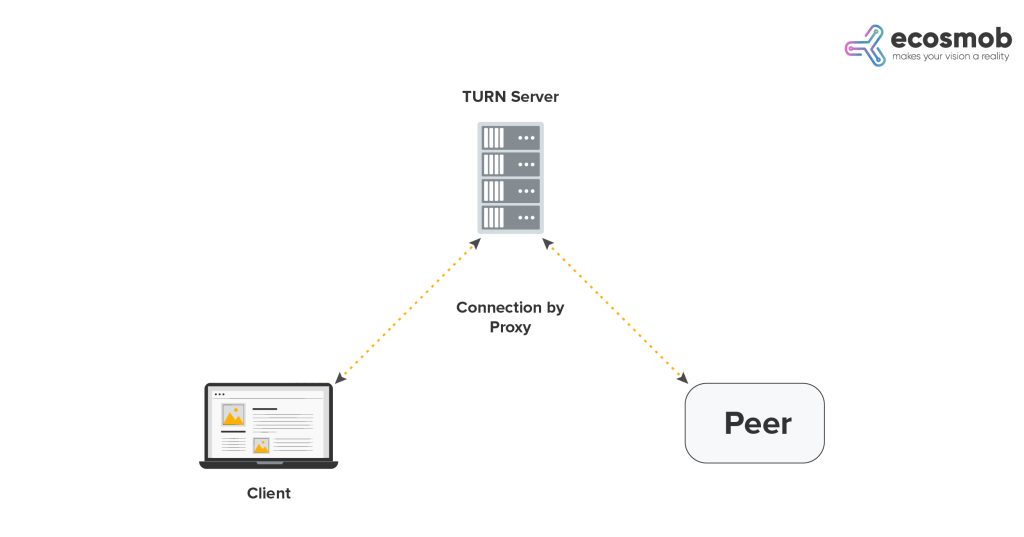 Usually, creating web applications is straightforward. Create content that a web server will hide. Server-side logic may or may not be present in this. Publish it to your server after writing. The worst case scenario under such circumstances is that you failed to open the proper ports in IPTables. Usually, it’s easy to resolve.

With the WebRTC application, things are more complex. The WebRTC issue is that web servers, i.e., the hardware, not the software set to serve data publicly. They offer a public IP address and have network hardware set up for this purpose.

With WebRTC, however, the goal is to establish a connection and send and receive data from users’ computers. These machines frequently lack a public IP address, are located on networks intended to shield them from outside queries, and often provide challenging obstacles. While making an HTTP request to connect to a primary web server is simple, the WebRTC application offers a variety of connection types that can establish to build a successful connection.

Stay Tuned with Us!

When using a WebRTC connection, there are a lot of possible WebRTC issues that could arise. The first of these is needing help to connect. In such cases, monitoring the local connection process is a brilliant start when determining the likely problem.

WebRTC is a client-side monster. The entire process of establishing an ICE connection occurs within the browser. By contrast, the STUN and TURN servers are particular objects; thus, most WebRTC issues will be your fault. 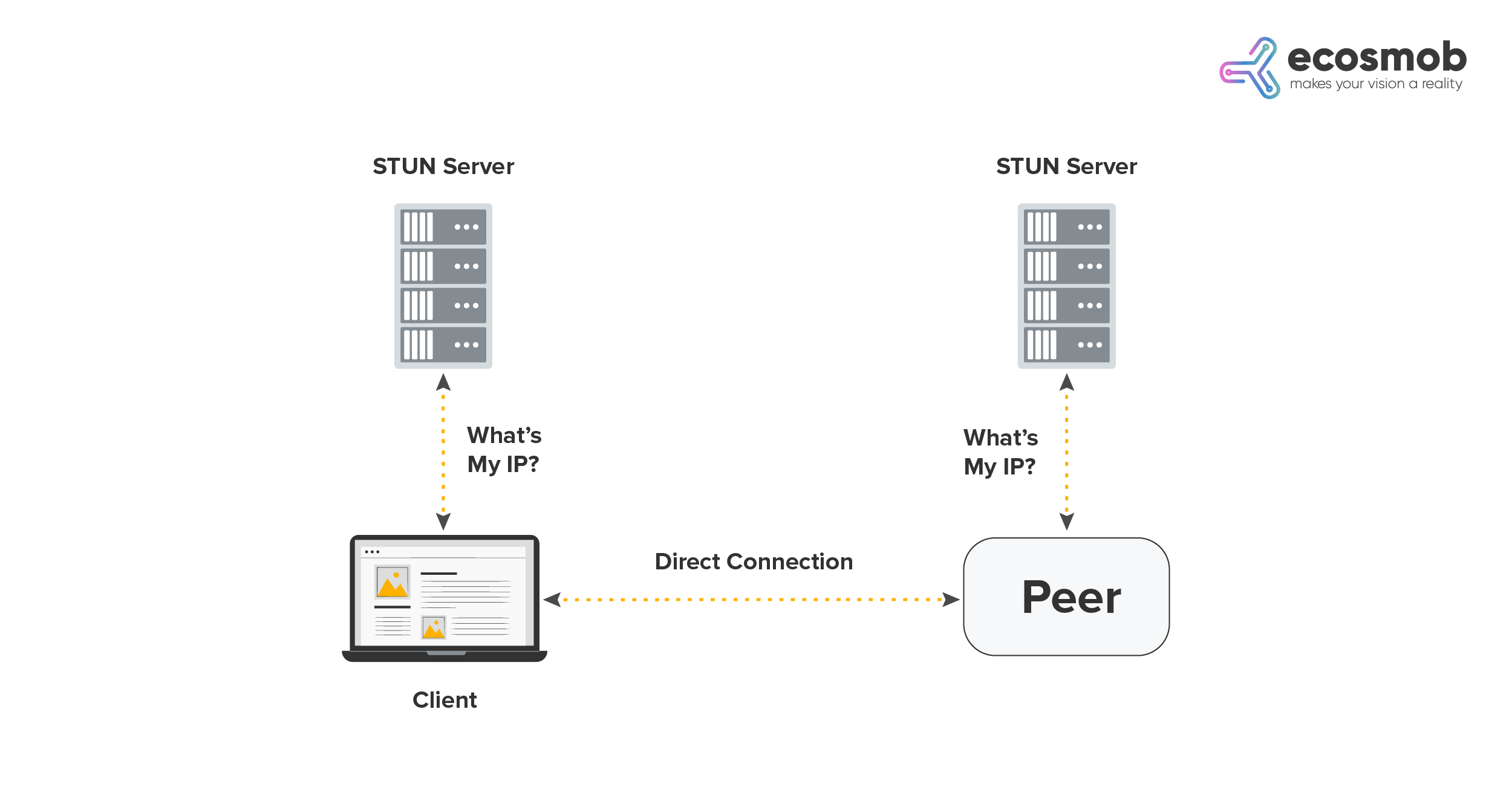 Don’t give up; in such circumstances; you have much power to get rid of those troublesome bugs. Check the data that travels through your signaling server first when determining the cause of a WebRTC connection failure.

Always remember that where media and network session description packets are sent, you have access to a lot of information you can use to get things up and to run. The most accessible place to start is by determining which packets have been transmitted and received.

Remember that an answer must be delivered from one machine to another for a connection to occur.

If everything checks up, it’s time to go deeper into the session data.

SDP is the format used for all data necessary to create WebRTC connections. It may seem perplexing when you first look at it, but with some assistance, it can be a remarkably illuminating resource.

The typ parameter is one of the more crucial components of ICE candidate SDP packets. It can be one of three things for WebRTC:

The host type represents connections to local network devices. Usually, neither STUN nor TURN use is to establish any host connections. It is because there is no requirement for local-to-public IP address translation. After all, the connecting device is on the same network, enabling immediate connectivity.

Server Reflexive, often known as srflx, is the term used to refer to the acquisition of a public IP address. srflx stands for Peer-to-Peer connections that only require STUN. When both sides send an srflx packet, it indicates that both parties should be reachable using a STUN-only configuration but does not imply that they can connect using one.

relay is a TURN connection indicator. It should be feasible to establish a connection when both sides send such a packet.

The packet mentioned above types are not sequential so that a device might offer an srflx packet but not a relay packet or vice versa. A connection could not be available when both parties cannot deliver compatible packet types.

The Internals app breaks down the API calls to the RTCPeerConnection instances and information from any getUserMedia instances.

The former is a crucial tool for debugging your software, while the latter only offers a little information.

A Blank video window is visible

Frequently, users may run into a WebRTC issue where the audio is functional, but the video window for one or both users shows as entirely black. Since audio flows from one device to the other and the connection is unaffected by the type of data sent between them, the problem must be with the stream designated for the video component.

When this happens, applying the video stream to the video tag before the connection state is ready frequently results in the reason. Make that the stream is only assigned when the completion of the RTCPeerConnection instance’s state is completed.

Unfortunately, setting up WebRTC connections on mobile devices can often take time and effort. Numerous complaints regarding apps that function OK on WiFi but not on 3G or 4G were sent as support requests.

Since you can’t use a program like Wireshark on a mobile device and mobile Safari doesn’t offer a pleasant interface like WebRTC debugging such applications might be difficult.

It pays to pause and consider the WebRTC issue laterally at such times. If the app functions well over WiFi, the fault is probably with the cell service provider rather than the app. Consider purchasing a mobile internet dongle because debugging WebRTC applications on a mobile device could be more enjoyable.

The idea here is to use desktop technology to simulate the mobile environment so that you can use the debugging tools at your disposal. With the gadget mentioned above, you can even force 3G in a 4G reception region to observe the various possible connection outcomes.

Although working with WebRTC can be challenging, there are numerous ways to discover unpleasant WebRTC security issues in your applications and multiple websites with helpful tips. However, if you require any assistance Ecosmob is here to help you. You will resolve your WebRTC issue on time by hiring our WebRTC developer. Our specialists assist you in navigating the complicated maze of available choices. Call us right away.