‘NativeScript,’ also known as ‘NS,’ is an open-source, runtime mobile apps development framework. As compared to hybrid frameworks, it is quite a new and advanced technology. NativeScript is an ideal choice of developers for developing any mobile application using Angular. With the help of this framework, developers can conveniently develop mobile apps for iOS, Android, and Windows platforms. Due to its native property, NativeScript can be used to develop different types of applications for various domains. It can be used to develop several apps, including:

Building native mobile apps with Angular Native is usually termed as ‘NativeScript Angular.’ When using NativeScript Angular, the developers are not required to learn a new framework. However, to get started with the basics of Angular Native, developers need to create an attractive cross-platform for their libraries on npm and CocoaPods. By utilizing these native platform APIs with JavaScript and TypeScript, developers get freedom from writing a single line of code in Java, Swift, or Objective-C language.

Some of the key features of NativeScript that can make the entire app development process easier and convenient for the developers include:

– Any view can be used as the root of an application

– The framework allows using more than one frame in an application

– Developers can show anything as a modal dialog

– It allows updated templates for use with Angular, TypeScript, and Java

– Allows developers to use LiveSync and Webpack concurrently

Some of the key benefits of using NativeScript for mobile apps development with Angular Native development projects include:

Provide Native User Experience: with the help of NativeScript, developers can create a number of applications that deliver a native user experience. These apps guarantee platform-specific performance as well as user experience. Moreover, the apps developed using NativeScript comprise attributes that look visually attractive and appealing. Along with offering a native user experience, the framework also allows developers to perform various customisation for different device screens as per the key requirements of the project development.

Easy to Learn and Use: Mobile application developers can easily learn and use NativeScript to develop different applications. The developers need to have basic know-how and understanding of web development using JavaScript, Native UI, CSS, and Markup.

Allow Code Reusability: Another key benefit of using NativeScript for mobile apps is that it lets developers use a single codebase for extending mobile applications across numerous OS platforms. The same web-based code can be reused over several platforms by utilizing Angular, React, and various other JavaScript-based frameworks.

Has Huge Community Support: NativeScript for mobile app development comes with huge global community support. It has the strong support of NASDAQ: PRGS, a brand name known for several highly successful IT projects and products. It provides all the necessary support to the enterprises that they need while developing apps using NativeScript.

So, these are some of the key benefits of using NativeScript with the Angular framework that makes it high in demand in the market.

Suppose you are looking forward to developing cross-platform, high-performance, and appealing mobile apps with the finest native user experience. In that case, you must utilize the collective strength and power of NativeScript and Angular. Using both these powerful frameworks together can bring the best possible and fully native outcomes for any app development project. 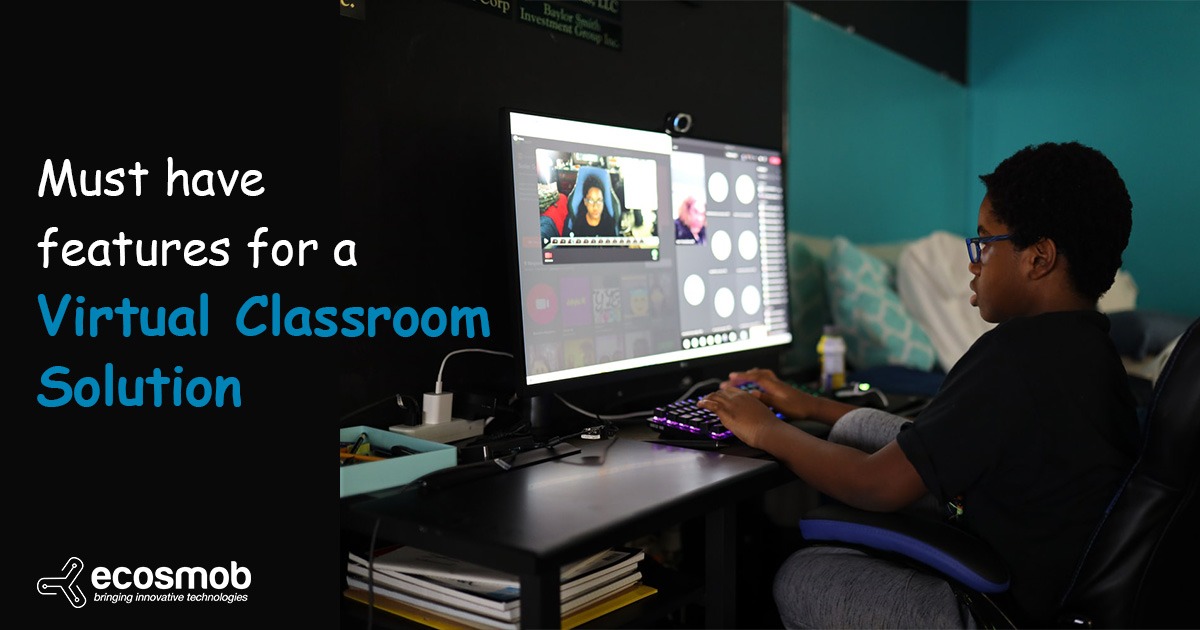 Must Have Features For A Virtual Classroom Solution

The impact of the Augmented Reality Revolution on VoIP

Why Enterprises Should Hire Python Developers