Apple Watch 3- ‘No’ to Conventional Calls, ‘Yes’ to VoIP Calls 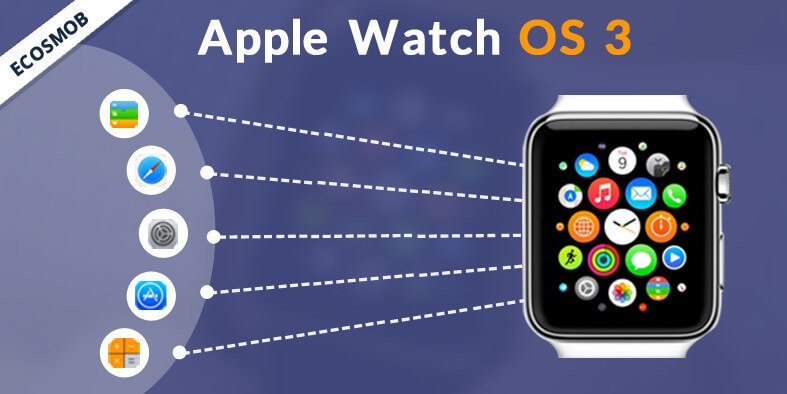 The Annual Apple Event is one of the most eagerly awaited occasions worldwide. The upcoming September event is said to bring the most anticipated iPhone 8 along with a new design and inventive features. It is also rumored that iPhone 7S and 7S Plus will also become official in the event. But, for many fanboys, the biggest fascination is the arrival of Apple’s third-generation watch aka Apple Watch 3. It is expected that the Cupertino Company will untether the forthcoming Apple Watch from an iPhone with LTE capability. A precise analyst Ming-Chi Kuo of KGI Securities has provided this information via MacRumors.

How Apple Watch 3 is different than previous versions

Apple Watch witnessed a rocky start when debuted in 2015, but to date, the company has sold over 30 million units of the device. It is said that now the company wants to give the Watch a completely new identity rather than merely an ‘iPhone accessory’. Therefore, the upcoming Apple Watch Series 3 is expected to come up with a radical redesign and internal improvements to detach it from the iPhone. One of the major changes in the next-gen Apple Watch is it offers LTE support.

Because of LTE support, it is also anticipated that the device will not support the traditional direct phone calls. But, the watch would offer support for VoIP services like FaceTime and Skype without using an iPhone. It is also said that Verizon, AT&T, Sprint, and T-Mobile could support the LTE Apple Watch 3.
Another significant change in the upcoming Apple wearable is an embedded SIM (eSIM-opposite to physical SIM card) due to space limitations.

These big changes are crucial for the Watch as they can make it a big hit. It can be considered as Apple’s first initiative to make Apple Watch a standalone wearable. On the other hand, these changes point out toward a changing communication scenario worldwide where VoIP-based calling has started replacing direct calling slowly but strongly. As the four major US carriers are ready to support this LTE-supportive watch, we can mention that service providers are ready to embrace VoIP technology.

Let’s wait for this wonderful watch, it is interesting to see how it will impact VoIP-based communication.

At Ecosmob, our zealous developers are experts in developing Apple Watch apps as per the latest Watch features and functionality. Ecosmob is one of the most prominent names among the VoIP solution providers worldwide.